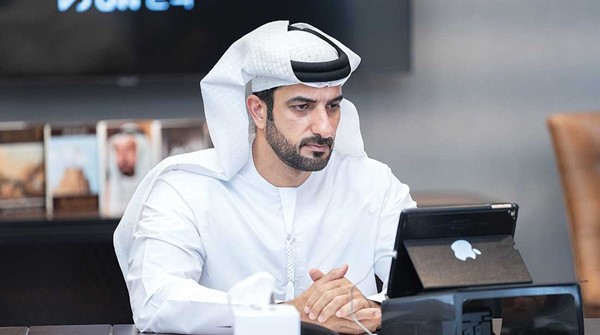 This came on the occasion of the announcement of the contract between the two parties for the supply of gas by the Sharjah Oil Corporation to the Sharjah Electricity and Water Authority to meet the growing energy needs of the emirate. work on both sides to reach the optimal contract, in addition to the collaboration of the Abu Dhabi National Oil Company “ADNOC”.

His Highness said: This contract is important to Sharjah National Oil Corporation due to the large role it will play in the supply of energy, and this contract constitutes a great responsibility for the company to ensure that the gas is supplied to Sharjah Electricity and Water. Authority in sufficient quantities to continue the production of energy in addition to the water supply.

His Highness added: I am confident in the ability of the Sharjah National Oil Corporation work teams, in partnership with the Sharjah Electricity and Water Authority and the Abu Dhabi National Oil Company, to achieve all commitments smoothly.

In accordance with previously signed contracts between the Sharjah National Oil Corporation (SNOC) and the Sharjah Electricity, Water and Gas Authority (SEWA), and as of July 1, 2021, SNOC has committed to supply almost all of the gas needs of Sharjah.

To fulfil its obligations, SNOC relies on the gas produced from its fields, in addition to the gas imported by the Abu Dhabi National Oil Company (ADNOC), under the agreement concluded with it to supply gas for a period of 10 years, starting from July 2021.

For his part, Saeed Sultan Al Suwaidi, president of the Sharjah Electricity, Water and Gas Authority (SEWA), welcomed the new contract, stating: In order to ensure gas supplies from reliable sources; SEWA has worked hard with SNOC to prepare the most realistic forecast of gas demand, taking into account the timetable for the entry of the first independent electricity producers, as well as the potential delays due to the COVID-19 pandemic.

He added: “The result of the wonderful collaboration between SEWA and SNOC has been to come up with a contract characterized by flexible technical and commercial terms and SEWA will continue its unlimited collaboration and support so that this agreement achieves the desired goals.”

For his part, engineer Hatem Al-Mousa, executive director of the Sharjah National Oil Corporation, said: From the first year of its founding, SNOC has begun to explore effective ways to solve the gas supply problem in Sharjah, and it took years of planning and diligent work to reach this point. I assure SNOC’s great appreciation for the support and cooperation of ADNOC management and team members who participated in securing the long-term gas supply agreement by ADNOC.

It should be noted that in 2019 ADNOC signed a temporary contract with SNOC to bridge the gas supply gap with SEWA at that time. This contract was subsequently strengthened by a ten-year gas supply contract, which began in July 2021.

According to current reports, gas is now flowing smoothly to SEWA from SNOC’s resources, including ADNOC’s regular supplies, under the terms of the signed contracts.