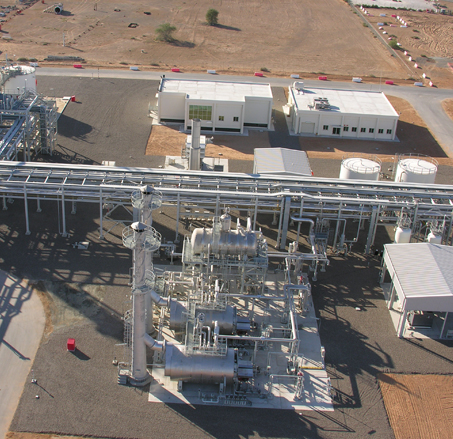 – The Condensate Terminal was constructed in 1981 to store and load condensate production which is connected to the Single Point Marine (SPM) buoy, 15 kilometers from offshore.  The first cargo of 500,000 tons of condensate was exported in 1982 on the oil tanker ‘Amoco Savanah’

– The LPG Terminal was constructed in 1984 to chill and store propane and butane which are connected to the LPG Jetty loading facility via or should it be through two kilometers pipeline.

In addition, SNOC was contracted by Anabeeb for importing Jet Fuel into Hamriyah Port for Sharjah International Airport’s use.